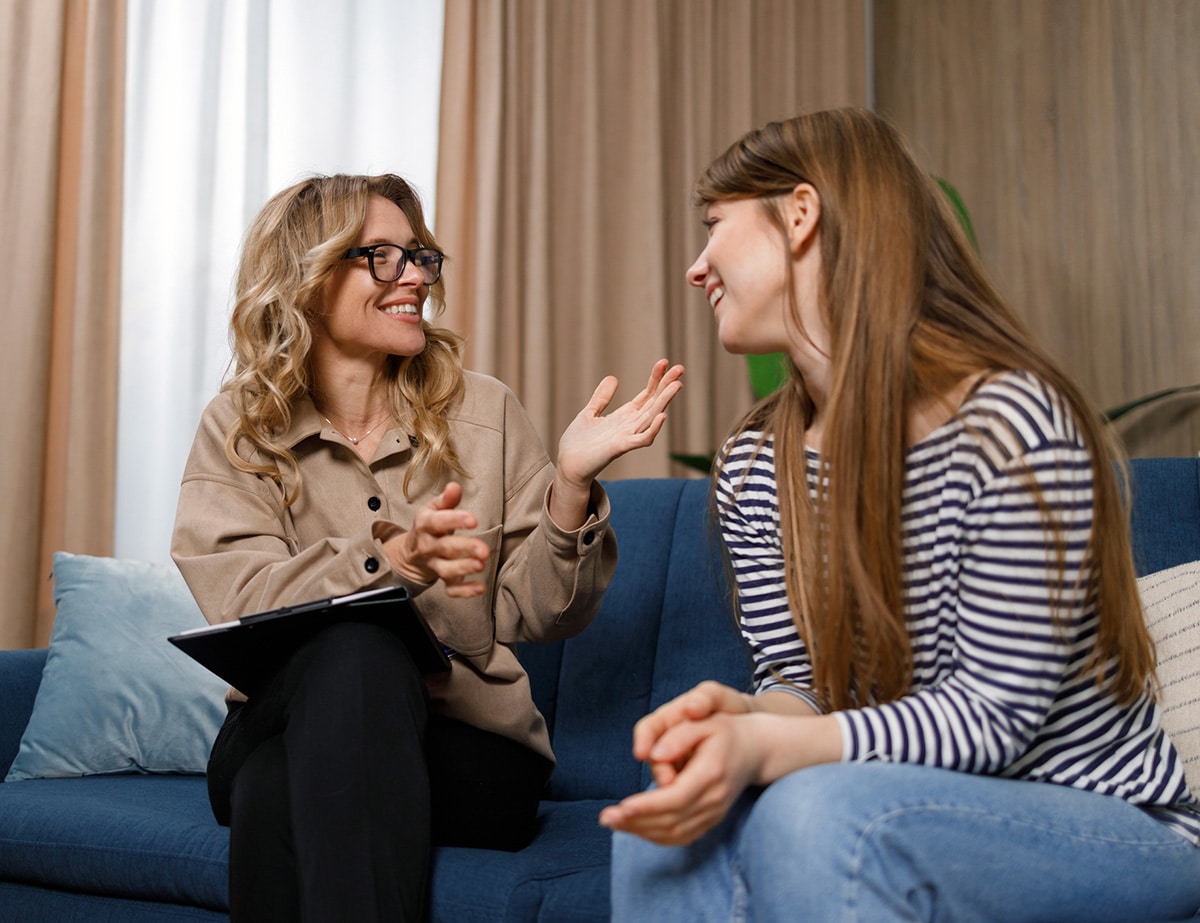 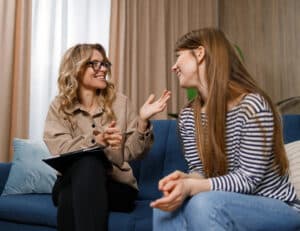 One of the foundational ways we disconnect from those we are intimate with or just those in our world is the tendency to express our dissatisfactions more than what we would find satisfying or fulfilling.

Maybe you would eventually include both yourself and the person you’re communicating with by saying, “What I think might take care of both of us would be XYZ. What do you think?”

For most of us, this requires or, more accurately, allows us to develop intimacy, warmth, connection, and trust rather than reinforce struggles, distance, or alienation. It seems quite evident when we look at it closely. However, it will require ongoing development of giving attention to changing these patterns to discover and express what we need. Although simple to understand, the grooves of the patterns of dissatisfaction need continuous attention to lose momentum.

This is one of the keys, especially in a love relationship, as focusing on the essential needs dignifies both people and leads to a much greater heart-to-heart connection. Unfortunately, the other pattern of dominantly expressing what you don’t like makes it very likely that the interaction will be a challenging transaction.

As expressed in my book, Awareness That Heals, we need to go through a period of containment to express what we need rather than what we don’t like. This means pausing when we are critical and asking ourselves, what is it that I really need? Then, we can recognize that the conversation has a much better chance of succeeding if we stay focused on this rather than a form of complaint.

Containment starts the shift toward being for something or someone — rather than against. It is a source of creating optimism, and the likelihood of benefit in more ways than most of us can imagine. This containment that is being encouraged is not passive inside ourselves as it comes with great encouragement to feel our anger, frustration, and dissatisfaction inwardly. This is helpful as a constructive passion and power and supports us to express our genuine strength of feeling in a constructive way rather than as an outward expression of anger that could hardly ever support anyone.

When we experience anger with awareness and containment, we can appreciate the wonderful, alive energy it holds. Then while we are experiencing this, we can ask ourselves the question in the background, “What is it that I really need, and how can I express it to give the best chance for it to be heard?”

This containment and contemplation allow us to move toward experiencing our essential needs when we are feeling against anything or anyone. Encouraging ourselves to feel ourselves inwardly as much as possible (and even exaggerate as it will support you to feel more alive) increases the chances that we won’t revert to suppression or simply dump our feelings or thoughts outwardly.

Isn’t this where you’d rather be?

Moving in this direction to remind ourselves again and again that focusing on expressing what we need is going to take care of both ourselves and anyone else involved. This might feel counter-instinctual as it is more common to just express what we feel or avoid it altogether. But, by extension, this shift to focus on what we need creates greater hope and peace in our singular worlds and the greater world we all live in.

Here’s a case study that is so very universal in nature to help you put this into perspective:

Jack and Janine were a married couple who came to me for counseling.

Janine was upset because she had been asking Jack to make time to sit on the couch and talk about each other’s day. She did this on an ongoing basis with repeated statements like, “How many times do I have to ask you _________? I can’t believe that you’re showing up late again and we don’t have time to do what I’ve asked for! I’m mad that you keep ignoring my request.”

Over a period of months, which is how long it frequently takes for this kind of communication to be turned around (and that only happens with two willing receptive people), I conveyed to Janine that I heard that she really wanted this quality time. She wanted to be able to go over what were the meaningful ups and downs of the day and week.

She agreed, appreciating that I was mirroring what she wanted. In innumerable ways, I told her that she was sabotaging what she wanted by repeatedly stating what she didn’t like or want. Like many people in her situation, she said she started out telling him what she needed, but it never mattered, so she got pissed off.

I let her know that I understood that perhaps she was perfect in expressing her needs when she started out, but even if that was the case that she needed to ‘learn again’ how to gently — from her heart — ask for this time and let Jack know how much it would mean to her and why.

She contemplated this over several sessions, and one of her best ways of expressing it was, “Jack, I know I have expressed myself angrily or with frustration a lot in the past. I want you to know that it would mean the world to me if you showed me love by making this time available several times a week without me having to remind you. It matters because it’s important to me, and without it, I have a tough time opening my heart to you nearly as much as I want to more than anything else in the world.”

Jack was visibly touched with surprising tears responding to her longing for love. This was a big step forward that, through time, became a staple of how their love expressed itself. It also made an enormous difference in their love life.

A moment of contemplation and introspection

It is easy to give up on something important to us when we believe we’ve asked for it with someone we love or care about. However, it’s never too late to try to express this from your heart and clarity precisely what it is you need. This is an art as there is virtually no limit to how beautifully we can ask.

This also reminds me of my Master’s thesis, which acknowledges 35 patterns of behavior and communication that could change our lives. One of the biggest was a section titled, ‘How do you ask?’

The whole emphasis was on two things. One was saying the words expressing exactly what you need. The second part focused on the tone being close to your heart and the prognosis changing dynamically when you succeeded in both parts. This was a part of a residential treatment center that I directed and counseled at called ‘The Family Home’ with case studies that my partner and I did from 1974-1977. It revealed itself to be just as valid now and through the years as it was almost 50 years ago.

Take a couple of minutes now, if you can, and ask yourself “where would I potentially most benefit by asking for what I need in any part of my life? “

Don’t let it be just an abstract question.

Let it be a real situation — I have seldom met anyone who was introspective and couldn’t come up with a good example. Then, as you look at it, see how motivated you are to give it some real effort. As you do, keep in mind both the words, the tone, the persistence, and honesty about your past ways of dealing with it (or, if you haven’t been direct, admitting that to the other).

I hope you’ll be motivated to seek help if you can’t find a way to make this a fundamental change and one that you’re eager to move toward mastery. It is a gift that keeps giving. Of course, this doesn’t mean it always works, but it will at least clarify the potential, and you’ll know that you’ve done what you can.

Does it seem clear to you as you read this that the pivot from what you don’t like to what you need is an evolutionary development for you and many around you? In my practice, as stated in other ways before, this is one of the greatest blind spots and chances for us to change our relationship to intimacy.

If it isn’t clear the distinction between feelings and needs, as is the case for almost everyone, I urge you to check out these free Introspective Guides. Download them and look over them to find the challenging feelings that you need to contain, and the essential needs you want to express. This has been a simple way for many therapists, clients, and people wanting to grow to make this distinction when it matters the most in the present time of reacting and responding. 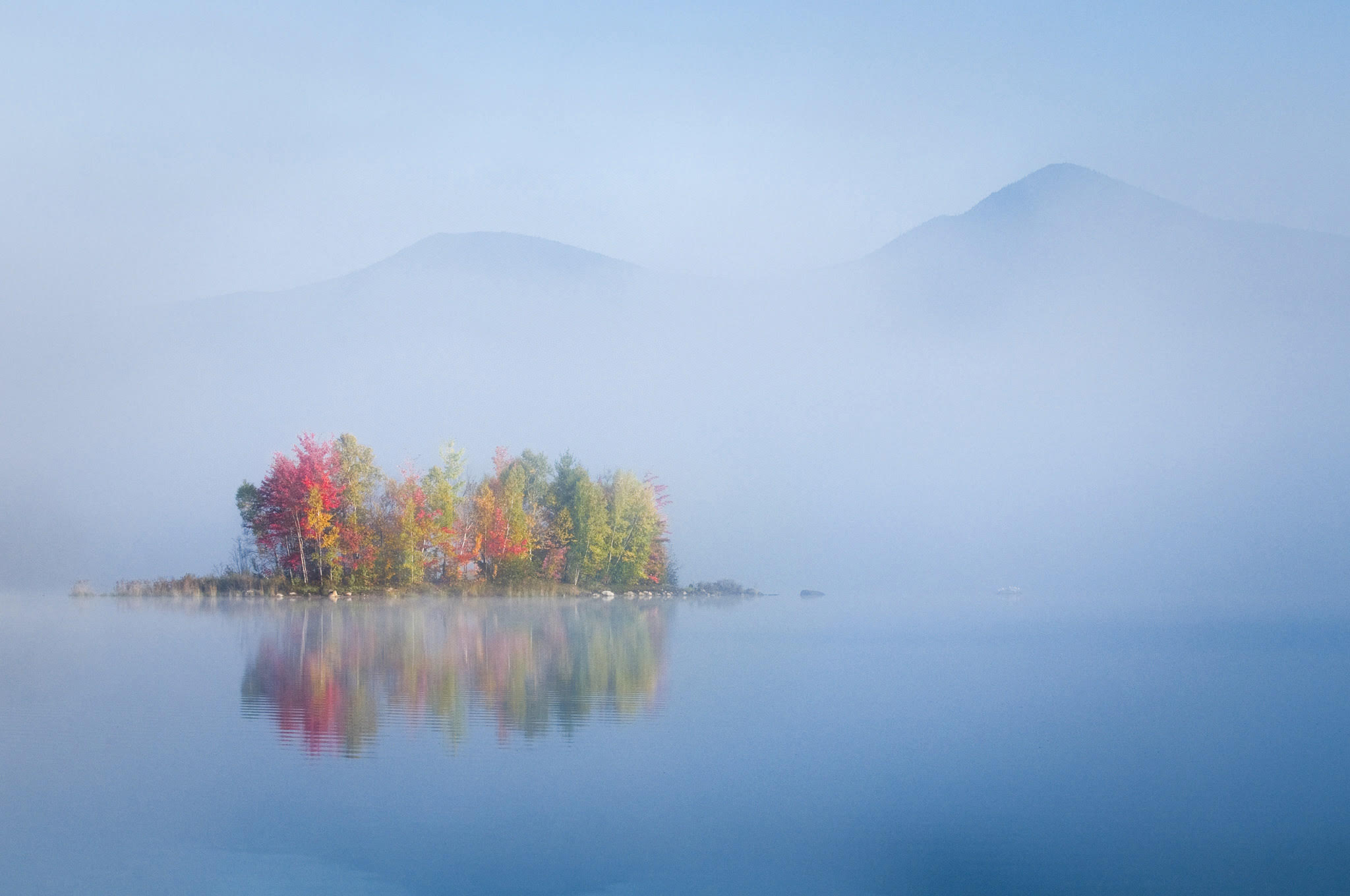